BMW is an iconic manufacturer with a long history of luxury cars. They are known for their brilliance in the field of engineering. With some of the most classic and stunning designs on the market, and some of the smoothest driving around, BMWs are a firm favourite nationwide.

When it comes to the aforementioned incredible driving, one part becomes essential: the VANOS system. This system is responsible for making the drive feel powerful and yet smooth. However, when this part isn’t functioning, you’ll notice a dramatic decline in the performance of your BMW.

With this in mind, in this article, we will take a closer look at the VANOS system as well as highlighting some of the warning signs of failure.

What is the VANOS system?

VANOS is an abbreviation of the German words “VAriable NOckenwellen Steuerung.” It is BMW’s iteration of the engine variable valve timing unit. First released in 1992, this modification to the engine system allows for vastly improved engine performance due to the reflexive opening and closing of the engine intake and exhaust valve. This process increases torque and improves the smoothness of idling. The VANOS system is able to control the oil flow to the cam gears too, through the use of solenoids. This allows for very precise timing adjustments.

There are 3 types of VANOS system that your BMW may have, and each has its own issues that are more likely to occur with time and use so being aware of these can help you to correctly identify warning signs:

In general, issues with the VANOS system are directly connected to the decline in engine performance as well as efficiency and economy, since the VANOS system is responsible for looking after this. Therefore, if the VANOS system begins to fail, you are likely to notice one or more of the following issues:

2. A Hesitating Engine at Low RPM

Your BMW will begin to struggle at low RPMs, as the VANOS system is responsible for maintaining the correct crankshaft speed. Therefore, without it working correctly, your engine will struggle to maintain power at lower RPM.

As your VANOS system is designed to smooth out idling, without it working correctly, you’ll notice that idling becomes much more rough.

The VANOS system keeps your engine working at its optimum level. However, without it working, your engine will not be able to achieve maximum efficiency, resulting in fuel consumption increase and economy decrease.

Starting your car in cold weather can be tricky even with a working VANOS system, but if the system fails, you’re likely to notice this becomes much more difficult.

On a similar theme to the above point, without the VANOS system keeping the engine working at an optimal level, you’re likely to notice an increase in stalling when the weather gets cold.

Because your VANOS system is connected to the engine, the OBD (on-board computer) will monitor it closely. Therefore, if it begins to fail and impact upon the engine’s performance, you’re likely to notice the OBD will release various error codes, such as the check engine light.

If you live in or around Battle Creek, 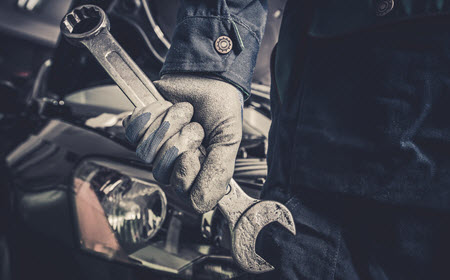 Portage, or Kalamazoo, MI, and are looking for experts in VANOS system repairs, then look no further than Master Mechanics Auto Repair. At Master Mechanics, prices are affordable, our staff is friendly, and our technicians are knowledgeable, ensuring you always drive away happy with less cost than dealerships.