Mini Coopers are a fun and stylish compact car with great gas mileage. They are available in a number of different designs and colors for a truly personalized driving experience. Also under the hood of the Mini is an excellent engine. Despite the standards of the manufacturer of the Mini Cooper and the efforts of drivers to maintain their sporty cars, Minis will still experience problems after driving them for a while. One part that can fail is the PCV valve.

The PCV valve and the Mini Cooper were both invented around the same time. The PCV valve, or Positive Crankcase Ventilation valve, is a complex system that provides a solution for the issue of dangerous blow-by gases that the engine releases.

A blow-by gas is a vapor produced by unburned fuel. It contains toxic substances that can really damage important parts of your car if not properly ventilated. Found under the hood of your Mini, the PCV valve is black in color and has a red handle. It sucks unburned fuel from out of your car’s crankcase. After that, it goes through the intake manifold, and then returns to the engine to be fully burned through.

If the PCV valve fails, dangerous gases can stay in your Mini’s engine and cause exponential damage.

When To Replace The PCV Valve

It isn’t typical that the PCV valve itself will become worn out. Rather, the PCV valve’s filter will need to be replaced. Its filter traps toxins in partly-burned fuel prior to it going back to the engine. Like any filter, in a car or otherwise, the PCV valve filter can get clogged or wear out.

It is recommended that the PCV valve in any car be replaced every 60,000 miles. During this time, it also needs to be serviced consistently. However, this part of your Mini does not have a recommended timeframe of replacement. It should be repaired or replaced as it needs to be.

Usually, two ways exist in which the PCV valve can fail: through a failed or clogged filter or through a stuck valve mechanism. It is fairly simple to determine which is causing trouble in your Mini by watching the symptoms that will likely occur.

Symptoms of a Failed PCV Filter

It’s important to note that if you experience these symptoms, it’s best to initially check if the MAF sensor is functioning properly. If it is, then the PCV filter is usually the culprit.

Symptoms of a Stuck PCV Valve

Additionally, a PCV valve that is stuck can be mistaken for failure of the MAF sensor. Once this is ruled out, and you are still experiencing the symptoms below, it’s likely that the PCV valve in your Mini is stuck in either the closed or open positions.

If you’re experiencing any of these symptoms, you need to take your Mini Cooper to see a trained mechanic before things inevitably get worse.

Located off of Kilgore Road in 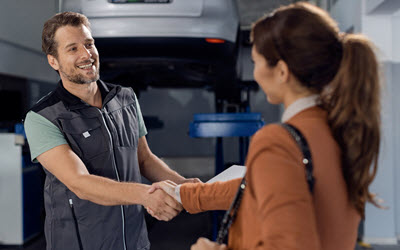 Kalamazoo, Michigan, Master Mechanics Auto Repair is Michigan’s premier automotive repair shop. We service drivers in all of the surrounding areas of Kalamazoo, including Battle Creek, Portage and more areas in MI.

We only hire the most highly trained, ASE certified professionals to take care of your prized Mini. At Master Mechanics, you can trust that your little car is in great hands.

In addition to repairing problems with the PCV valve or replacing the part altogether, we offer the following services for your Mini:

If you find yourself with any of the above listed symptoms of a failed PCV valve, take your Mini to see us today. We guarantee the best service and greatest quality care for your Mini Cooper.