Magnificent German engineering in vehicles is hard to miss, as it makes these cars extremely impressive in terms of performance, agility, efficiency, and elegance. The Audi is one such brand that embodies all the good characteristics attributed to German engineering. With the onset of global warming, there are more stringent rules regarding pollution, including pollution through exhaust fumes. Luckily for drivers of luxury brands such as the Audi, air pollution through exhaust fumes is usually the least of their worries. This is because of a vehicle component known as the catalytic converter.

The device is known as a catalytic converter because it catalyzes the exhaust products from the combustion process in an oxidation and reduction process, resulting in the less harmful gases. The catalytic converter in the Audi has been reported by many drivers to malfunction at some time in the course of their driving.

Some of the reasons why the catalytic converter in your Audi may fail include:

Incorrect air to fuel ratio due to faulty spark plugs

Having the wrong air to fuel ratio within the internal combustion engine will impair the functions of the spark plugs, and if the fuel mixture is not completely ignited some of the unburned fuel will find its way into the catalytic converter.

The oxygen sensor is responsible for the amount of oxygen that is involved in the redox reaction in the catalytic converter. When the oxygen sensor is faulty, it will provide wrong readings and case the too rich or too lean condition. Either of these situations are unpleasant because when the readings are too rich, the combustion in the converter can melt down the parts and when it’s too lean, the reaction does not happen and so all toxic gases are released into the atmosphere.

Rough driving or constant driving on rough road surfaces exposes the catalytic converter to the impact of debris. This can cause damage to the device and render it useless.

The problems in your catalytic can have certain effects on the efficiency of your car. These effects will be in the form of the following symptoms.

Regular servicing of the vehicle will enable you to 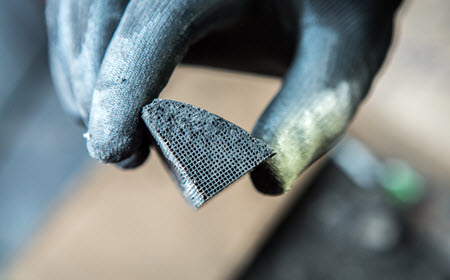 Should your car present with the symptoms of a bad converter, you will definitely need to replace it. Master Mechanics Auto Repair has quality parts that can be installed in your Audi by certified technicians. Give us a call to schedule an appointment if you are in Battle Creek, Portage, or Kalamazoo, MI and we’ll gladly provide the repair services you need.